As its name suggests, colon cancer is cancer that starts in the cells inside the colon. Colon cancer usually starts as benign (non-cancerous) growths called polyps. Most polyps never turn into cancer. It’s impossible to ascertain whether or not a polyp contains cancerous cells during routine screening, though, so doctors usually recommend removing all polyps found through screening, just in case. 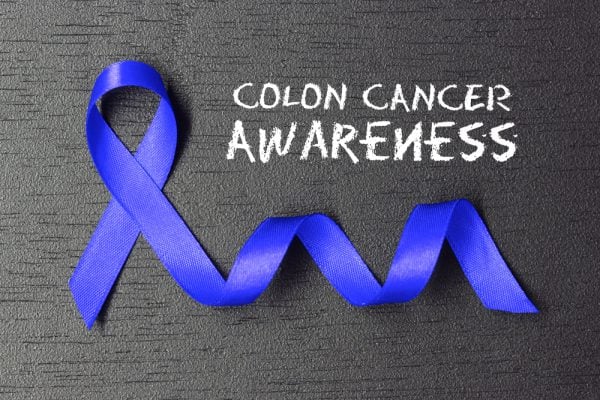 Adenocarcinoma is the most common type of colon cancer. In this type, the cells that make up the colon’s lining are abnormal.

Carcinoid tumors can be benign (non-cancerous) or malignant (cancerous). They’re made up of cells that aid in hormone production and can form in several parts of the body, including the colon.

Gastrointestinal stromal tumors are more common in other parts of the digestive system, but they can form in the colon. They’re believed to arise from specialized cells called interstitial cells of Cajal, which have several functions in the digestive system.

Lymphoma is a type of cancer that starts in infection-fighting cells called lymphocytes. It usually starts in the lymph nodes, but it can also start in the colon.

Colon cancer is usually detected through a routine screening test called a colonoscopy. During a colonoscopy, a flexible tube with a camera at the end is inserted through the rectum, allowing a doctor to look at the inside of the colon. The doctor checks the colon for polyps, which look like lumps or knobs on the walls of the colon. If polyps are present, the doctor can remove them during the colonoscopy using a wire hoop. The walls of the colon are incredibly resilient and not sensitive to trauma, so there’s no need to repair the area where the polyp was removed from.

It’s best to remove all polyps, even if they’re not cancerous. Your doctor will take a biopsy of the polyp and have a lab check for cancerous cells.

Cancers are staged according to how far the cancer has spread and how large cancerous growths are. Colon cancer is staged from zero to four:

Colon cancer can be treated with surgery, chemotherapy, or radiation therapy.

During a colectomy, all or part of the colon is removed. If a significant portion of the colon remains, the surgeon can create a new pathway by connecting the remaining parts. If too little or no colon remains after the colectomy, the doctor will place a stoma. Waste is redirected through a surgical opening that connects to a discrete, disposable bag.

If the cancer is low-stage and localized, the doctor may be able to remove it during an endoscopy. An endoscopy is a lot like a colonoscopy, but the tube is inserted through the mouth. The endoscope is equipped with a device that can detach tumors, and the tumor is removed from the body through the tube.

Laparoscopic surgery is an option for larger growths that haven’t spread through a significant portion of the colon. This surgery requires a small incision in the abdomen.

Radiation therapy and chemotherapy use different methods to achieve the same result - the death of abnormal cancer cells. These therapies may be used before surgery to shrink growths for easier removal, or they may be used after surgery to reduce the likelihood of the cancer coming back.

When surgery isn’t an option, radiation therapy and chemotherapy can improve symptoms.

When it comes to cancer, the earlier you get a diagnosis, the better your prognosis. People who learn they have colon cancer early, through screening, can often live long, relatively normal lives.

*All information acquired from the American Society for Gastrointestinal Endoscopy and the American Cancer Society.

Here’s How Dental Implants Can Restore Your Smile

Tips for Preparing for Your First Marathon

Extension Cord Safety: How to Save Your Life