Multiple myeloma is a type of cancer that forms in plasma cells. When they’re healthy, plasma cells make antibodies that help your body recognize and fight the viruses and bacteria that can make you sick. In multiple myeloma, unhealthy plasma cells build up in the bone marrow until there’s not enough room for healthy cells to function normally. Here’s what you need to know: 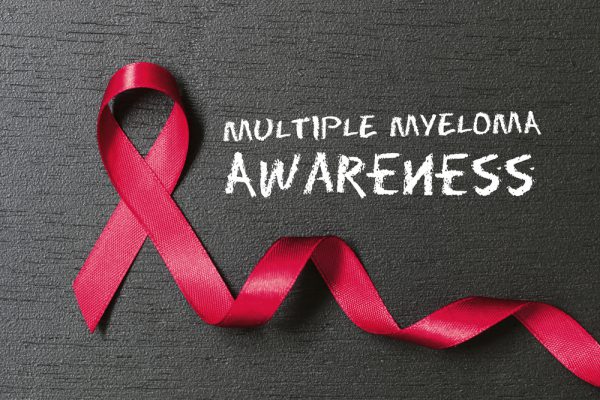 There are several types of multiple myeloma, but there are two types that are overwhelmingly more common than the other types:

Hyperdiploid multiple myeloma (HMM) is a less aggressive form of the disease. It’s the most common type and accounts for about 45% of cases.

Non-hyperdiploid multiple myeloma is the second most common type, and it accounts for about 40% of all cases. This type is more aggressive than HMM.

Anyone can get multiple myeloma, but it’s most common in people over 60, and there are some factors that are associated with a higher risk of developing the disease:

The symptoms associated with multiple myeloma are also characteristic of many more common, less severe conditions. If you have any of the following symptoms, though, and you’re not sure what’s causing them, see your doctor as soon as possible.

Sometimes, doctors find multiple myeloma accidentally when they’re testing for something else. If they suspect the disease, though, there are a few tests they can use to confirm the diagnosis.

Imaging tests and biopsies can help doctors assess the speed at which the cancer is developing, as well as the effect it’s having on the bones.

Multiple myeloma is staged from zero to three, with zero being the least severe. They’re staged based on the levels of albumin and beta-2 microglobulin (two types of proteins) in the blood.

There are several standard treatments for multiple myeloma. In many cases, doctors will combine treatments to get the best result.

Biological therapy drugs help the body’s immune system fight abnormal cells. They enhance the immune system’s function so it can target and destroy the harmful cells.

Chemotherapy is a standard treatment for many types of cancer, including multiple myeloma. It kills aggressive (fast-growing and spreading) cancer cells.

Like chemotherapy, radiation therapy is a common treatment for various types of cancer. Radiation therapy targets multiple myeloma cells in a localized area. It works by shrinking the cells.

The outlook for people with multiple myeloma is variable. It depends on a range of factors, including the cancer’s stage, the person’s age and overall health, and the effectiveness of treatments. With improved treatments, survival rates are improving. Speak with your doctor about your unique case.

If you’ve recently been diagnosed and you feel you’d benefit from support, reach out to the International Myeloma Foundation.

*All information acquired from Mayo Clinic, the American Cancer Society, and the International Myeloma Foundation.

Bladder Cancer: The Facts We Need to Know

Prostate Cancer: The Facts We Need to Know

Benefits of Driving Courses for Seniors