Roundup is a non-selective herbicide used to kill weeds that compete with agricultural crops. Glyphosate, the active ingredient in Roundup, works by inhibiting a specific enzyme required for plant growth.

By 2001, Roundup weed killer was the most-used active ingredient in American agriculture, with an estimated 85-90 million pounds used each year. In 2007, that number reached 185 million pounds annually and today, Roundup remains the most widely used herbicide in the United States and worldwide. 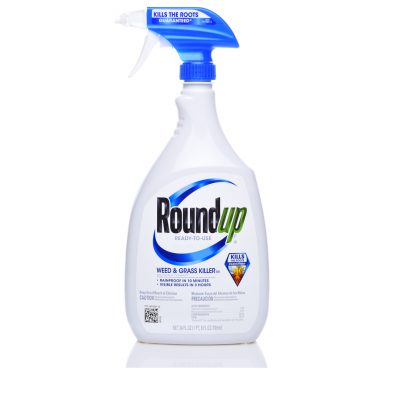 A number of studies have found evidence linking the weed killer’s main ingredient, glyphosate, to serious side effects and certain types of cancer, including Non-Hodgkins Lymphoma.

The World Health Organization’s International Agency for Research on Cancer (IARC) recently found that glyphosate in Roundup is likely a cancer-causing agent. The IARC report linked the side effects of Roundup to an increased risk of non-Hodgkins lymphoma (NHL).

Jury returns a $2 billion verdict against Monsanto for couple with cancer.

In August 2018, a jury for the Superior Court of California ordered Monsanto to pay $289 million to Dewayne Johnson, a former school district groundskeeper, because of Roundup’s likely role in contributing to his cancer. As a result, the number of glyphosate lawsuits against Monsanto has ballooned to more than 8,700 cases.

Anyone who has used Monsanto’s Roundup and later been diagnosed with non-Hodgkin lymphoma or another form of cancer may be eligible to file a lawsuit. Surviving family members may also be eligible to file a wrongful death lawsuit against Monsanto, should their loved one have passed away as a result of their cancer. Talk to our lawyers about your legal rights and learn more about your eligibility.

The Best Cell Phones for Seniors

Multiple Myeloma: The Facts We Need to Know

Why Pet Insurance Is A Must for Every Pet Owner

Lung Cancer: What Do You Need to Know?

Making The Most of Your Dorm Room Decor