Mainstream society recognizes at least three distinct time periods within the development of feminism to date. In fact, some feminists believe that a fourth wave is already upon us.  Recency notwithstanding, the feminism we know is at least showing signs of divergence already.  To understand how and why, we must examine its ancestry or the history of feminist thought in the western world: in particular, the origin of conflict between radical and liberal feminists. 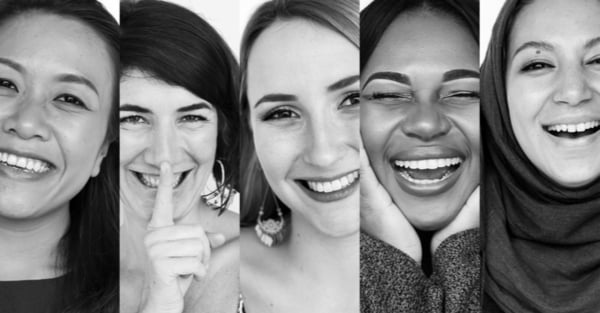 Out of the second-wave feminist activism of the sixties arose both the liberal and radical feminist camps, but they did not immediately appear as factions at implacable odds with each other.  Rather, contemporaries eagerly set about the task of deconstructing gender, the tool of oppression that it was.  While liberal feminists sought to rearrange its pieces into a more correct or more favorable construct, radical feminists saw no purpose in reconstructing gender at all.  Indeed, the radical feminists of this era may have unintentionally helped lay the foundation for gender relativism today.

On the subject of gender essentialism, both groups still maintain a stance of total rejection: there is no innate social difference between men and women, only learned behaviors propagated by patriarchal society.  The difference, then, must lie in each group's subsequent approach to the consequences of gender essentialism within that society.  Even as both groups assert the conceptual, nonreal nature of gender, they cannot seem to agree on its relationship to biological sex.  Radical feminists define sex as immutable based on physical characteristics; liberal feminists deem it totally malleable on the basis of choice.  This simple disagreement turns out to have significant ramifications due to the relevance of the transgender debate to modern feminist thought.

Clearly, the outlook is dismal for two related movements which cannot establish a fundamental consensus regarding something as basic as the definition of "woman," especially when women are the very people they seek to empower.  No matter how deeply each group believes in "women's empowerment," to engage in fruitful discourse without a single agreed-upon premise remains impossible.  Neither group can therefore survive except by devoting precious resources to battling its sister movement; and those who cannot conserve their energy thus cannot focus it on the patriarchy. The consequences of this conflict affect the efficacy of feminism as a whole.

Enter intersectional feminism, which is the name most commonly used to refer to the speculative fourth wave of feminism incipient in the twenty-first century.  Although it may not survive, it seems to be growing, because it aims to include as many marginalized peoples as politically possible.  Discrimination on the bases of sex, gender, orientation, race, class, age, occupation, and physical fitness are all now on the table at which each of these groups sit, according to intersectionalist ideology.

Activist communities for transgender rights are among those who fight under the banner of intersectionality. However, some contemporary critics see in this fight an ironic stigmatization of mental health stemming from a refusal to acknowledge it as illness.  Anything less than total acceptance and acknowledgment of unwell people as whole, dignified, right-bearing human beings obviously fails to meet any self-set criteria of trans acceptance. Like depressed and/or disabled people, as it is with the most impossibly fit human specimen imaginable, transgender people possess the inalienable right to pursue happiness. It is inarguable that they deserve to be treated as human beings, not shamed for seeking healthcare in the form of hormone therapy or sex change.  But to intersectionalists, the toxicity of linking gender dysphoria with transgender identities is a far more egregious affront to trans dignity than to concede otherwise.  Why? Because it opens the door to discussions of autogynephilia, which necessarily relates to countless instances of lying by men to gain unlawful access to women's spaces.

Complicating the matter further is the detransition movement, made up of desisters (formerly trans people who have since desisted from social and/or medical transition) who highlight the desperate need to become comfortable with the bodies we were given.  A precious point of agreement within feminism, even this fails to unite the radicals and the liberals.  Unfortunately, desisters find acceptance to be just as scarce as before, if not scarcer.  Their former allies in the trans community now consider them lost at best, enemies at worst. Meanwhile, their only present allies seem to be radical feminists--many of whom would have scorned them during their transitions.

Radical feminists today call themselves "gender critical," but opponents refer to them as "TERFs" (trans-exclusionary radical feminists). Though they do exclude transwomen from women's debates, and though they do self-identify as radical feminists, this group considers "TERF" a gendered slur.  Cisgender, too, is considered both discriminatory and nonsensical, for it holds the potential to alienate "natal women" (those assigned female at birth) from their own movement.  Yet, gender critical allies continue to use the label of "GNC" (gender non-conforming) to differentiate certain natal women from other natal women.  If gender does not exist, though, then who can conform to it?

Nevertheless, women who practice the same feminine social mores as transwomen do find a strict, conditional love in gender critical spaces: should they dare to voice any naked acceptance of trans people without the usual redundant concessions to Mother Biology, then they, too, risk exclusion. Despite the insistence of prominent radical feminists that transsexual women are to be accepted for what they are, natal women who tread carelessly with their terminology here are deemed "male-identified" (in other words, apologetic/sympathetic to the patriarchy) or worse, "handmaidens" (a gendered slur at its most obvious).

Such embarrassments to civil discourse do not end here.  Radical feminists also denounce drag, but they are no longer the only ones to do so.  Liberal feminists, especially transwomen, consider it to be a mockery of their innate condition (i.e. womanhood), one which cannot be chosen, worn at will or mocked on whim.  Hypocrisy aside, both groups have found a new means of eschewing social justice in policing the gay community: by comparing drag to blackface.

In forums where radical feminists congregate, black representation resembles that of any other white, patriarchal "public" forum.  Black women who speak up about this false equivalence between drag and blackface are seldom heard without argument from their white "allies," but they receive their consolation prize via "likes," hearts, upvotes, and all other manner of meaningless social currency.  Still, many liberal feminists see fit to participate in this farfetched comparison of black history's pain to the expressive freedom homosexual men often find in performative feminine costumes.

For these reasons and innumerable others, intersectional feminism's mission scope is as far-reaching as it is a far reach because it aims for a new high in social justice despite an all-time low in female solidarity.  And radical feminism, for its part in all this, is no better or worse.

Feminism began as a remedy for a sick society.  If feminism itself has become sick, then what can we do?  To surrender the fight for equality after so much historical progress would be nothing less than a travesty; therefore, anyone who wishes to revive the movement for good must be willing and eager to identify and address its sickness.  Feminism must look at its face in the mirror and ask, "Is this still the movement we have known and loved?"  If the answer is no, then we must do what women have always done: refuse to give up.  If we have changed the course of society before, then we can certainly do it again.

These Government Programs Could Get You a Free Phone

Lowering Auto Insurance Costs: A Complete Guide For The Seniors

Heat Stroke: The Facts We Need to Know