Airplane travel makes traveling to any place very easy since it reduces the traveling time by hours. However, in case you miss a flight or fail to reach the airport at the scheduled time, it can make your traveling experience so stressful than you thought.

If you reach the airport just in time most of the time, then there is a possibility of you missing your flight someday. In case that happens, you have to change your travel plans, which could cost you some additional money. Fortunately, there are some ways of rebooking a flight for no additional cost in case you miss a flight. 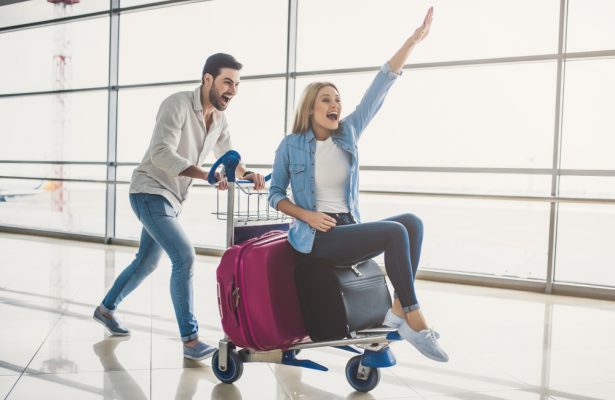 There is no rule as such that allows airlines to hold the flight in case you are late, but usually, airlines cut the passengers some slack who are late. There is a Flat Tire Rule, some informal guideline: in case you are delayed before the departure of your flight, the airline can rebook on another flight for no extra cost.

However, the terms and conditions of most airlines do not outline this policy. Instead, it is an optional rule that ticket agents rebook you on another plane for free because they know these things do happen. Since every case or circumstance is not the same, this rule applies on case to case basis.

In some instances, rebooking for free means you have to fly standby. In some cases, you may fly on the next available flight. It all depends on the flight schedule and occupancy on that day.

It is better to call the airlines telling them that you are running late if you want to use this rule correctly. Inform their representative of the reason for your delays like heavy traffic or car trouble. If the flight is yet to take off, then the airlines may hold the flight. It will be of great help if the connecting flights are also delayed and other passengers are also running late.

If it looks certain that you, in all probability, will miss a flight, then you might be rebooked on the phone. In that case, you reach the airport and wait some time for boarding another flight.

The agent at the gate coordinates with the pilot and the airport authorities in deciding about closing the cabin door. Instead of the airline, you should call the airport and speak to the agent. It is helpful to know your boarding gate in these cases.

Depending upon the circumstances, the agent might hold the flight for a while. The agents will hold your seat if they know you will make it for sure. However, the gate agents can give your seat to some other passenger within 15 minutes of the flight's departure.

In case you are not able to make it in time, then the gate agent can help you in getting on the next flight. The same also applies to any delay because of the airline. Calling the airline or heading to the gate from where the next plane is departing can get you on the next flight, rather than waiting in a long queue at the inquiry counter.

In case you missed the flight, it is useful to get help at the airport. You can confirm your seat on another plane over the phone. In case you have not got a confirmed seat, then head over to the ticket counter or the gate.

Most of the airlines rebook on the next flight for free. However, you might have to shed some money, depending on your delay. Popular airlines, American Airlines, charges $75 for a same-day flight. Other famous airlines, such as Jet Blue, also have similar policies. But, there are some airlines, like Southwest, that doest charge a penny for the same-day flight change.

There are some factors in which the airline can waive off the fee. These factors include bad weather, an already full flight, or even merely asking the agents nicely to waive off the additional charge.

It would be best if you got to the airport early if you are concerned about missing your flight. However, if you have reached the gate, the flight has some available seats, and the agent at the gate is in a good mood, then he might let you fly standby or even get you a confirmed seat on another flight earlier than usual.

It isn't nice to know that the representatives of the airlines can help in rebooking a flight at their choice only. Although the terms and conditions are clearly mentioned on the websites of the airlines, few policies are flexible. Therefore, if you behave nicely and ask gently, you can use these policies to your advantage.

Running late or missing your flight should not ruin your traveling plans. Therefore, if you understand these guidelines, then you can rebook a flight for no additional fees.

The Best Supplements for Weight Management

Choose A Career In Criminal Justice

How to Score Great Deals on Las Vegas Hotels