Nearly 200,000 American men are diagnosed with prostate cancer every year, and about one in every nine men will be diagnosed in his lifetime. The disease arises when cells in the prostate start to grow, divide, and develop abnormally. Here’s what you need to know: 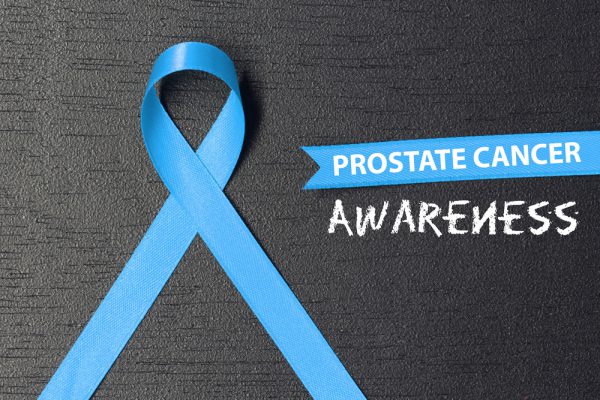 Sarcomas are common in some parts of the body, including in the bones, but they’re uncommon in the prostate. Unlike the most common prostate cancers, sarcomas don’t arise from glandular cells - they arise from muscle cells.

Any man can develop prostate cancer, but some factors increase the risk:

While catching cancer early and beginning treatment as soon as possible is the best way to ensure a good prognosis, prostate cancer screening isn’t routine. The tests that screen for it are unreliable, and the risk of misdiagnosis (and improper treatment) is significant.

If cancer is suspected; however, your doctor may conduct a range of tests to confirm, including a prostate-specific antigen (PSA) blood test. PSA is a protein produced in the prostate. Men with a higher PSA concentration are more likely to have the disease than men who don’t, but it’s not a sure thing.

If PSA test results indicate that cancer is likely, your doctor will take a biopsy, where samples are taken from different parts of the prostate to look for abnormalities.

Prostate cancer is staged from one to four:

Because it usually develops later in life, many doctors agree that if the disease isn’t causing any symptoms and the individual will likely die of old age before it causes symptoms, the risks and side-effects of treatment often outweigh the benefit. In those cases, your doctor will keep an eye on the cancer’s progression. This is called active surveillance.

Surgery is a common treatment for prostate cancer. It’s a suitable option if the cancer is causing symptoms and hasn’t spread beyond the prostate.

Radiation therapy may be used alongside hormone therapy for later-stage cancer. It may also be used with surgery to prevent recurrence after the tumor has been removed. In early-stage prostate cancer, radiation therapy can be just as successful as surgery in destroying cancer. If cancer returns after radiation, cryotherapy may be used to destroy the cancer by freezing it.

Chemotherapy is not typically used to treat prostate cancer unless the cancer has spread beyond the prostate, and hormone therapy is ineffective.

It’s important to be proactive.  If you have any symptoms at all, speak to your doctor about getting checked. When they seek treatment early, most men who have prostate cancer live full and relatively normal lives.

If you’ve been diagnosed recently and you feel you could benefit from support, reach out to the Prostate Cancer Foundation.

*All information acquired from the American Cancer Society.

Here’s How an Innovative Voice Technology is Turning Telephones Obsolete

Multiple Sclerosis Facts Everyone Should Know

5 Benefits of Becoming a Truck Driver after Retirement

What Is Cash App, And How Does It Work?

Improved Quality of Life with a Portable Oxygen Concentrator